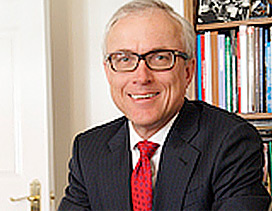 Timothy Bibbs graduated from Imperial College, University of London, with an honours degree in Chemical Engineering.

He worked for Bechtel for 6 years, firstly as a construction engineer for a number of projects including an oil production platform in the North Sea and a new refinery in Indonesia. Later he worked as a process engineer on a number of large projects in the oil production and refining industries. He also spent some time working for a study group evaluating major construction projects.

After Bechtel, Timothy worked for UOP for 8 years, firstly as a technical specialist and then as a marketing executive in the former Soviet Union. In that time he was closely involved in a number of major refinery modernisation projects.

In October 1994 he formed Euro Technical Services Limited (EuroTech) which provided engineering consultancy services to the oil, gas and petrochemical industries of the former Soviet Union. EuroTech’s clients included all of the major oil and gas companies in the area including Gazprom, Rosneft and Lukoil.

Since 1998, Timothy has conducted a large number of risk engineering surveys of industrial facilities in the former Soviet Union and elsewhere in the world.

In 1999, Tim began to work as a risk engineering consultant with Suregrove Ltd., concentrating on the former Soviet Union. He has surveyed a large number of facilities in all industries.

In September 2011, was a founder member of Mensor Ltd.

8 YEARS OF SERVICES TO THE BEST STANDARDS!